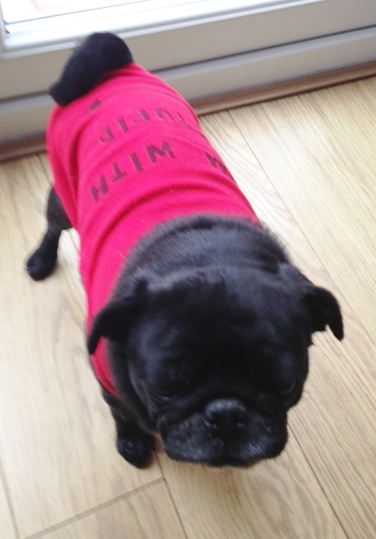 Daisy May is a 9 year old Pug who we have known for many years. She came to see us in June 2014 with a sore eye that had been weeping and had a pus filled discharge. She was blinking a lot (blepharospasm) and when the Veterinary Surgeon, Gordon Gray, examined her he found a small, punctate ulcer in the centre of her cornea. He also noticed that the cornea seemed very dry as though she wasn’t making enough tears.

Gordon made up some special eye drops using serum taken from Daisy May’s own blood to act as artificial tears and also treated here with antibiotic eye drops. She also had pain killers as the eye was very sore.

A few days later it was less sore but the ulcer in the eye was getting progressively worse. She had a short anaesthetic during which time the ulcer was debrided and cleaned. Small incisions were made in the cornea adjacent to the ulcer to encourage blood supply and provide a surface for new cells to grow on to heal the defect. The third eyelid was closed across the eye to protect the surface of the ulcer while it healed.

Despite this, there was still no progression in the healing process and almost 2 weeks later the hole was deeper, so much so that there was a real danger of the eyeball rupturing necessitating removal.

So Daisy May went to theatre again.

The defect was cleaned again and a graft was cut from the conjunctiva and sutured across the deep ulcer in the cornea. The blood supply to the graft was maintained by leaving a short pedicle attached. Over the next few days the graft took and provided a blood supply and tissue to heal the defect. In mid-August we snipped the pedicle allowing it to shrink away. This will leave the cornea healed with a small scar. Longer term we will still need to manage the lack of sufficient tear flow to the eye but thus far Daisy has retained her eye and all looks good. 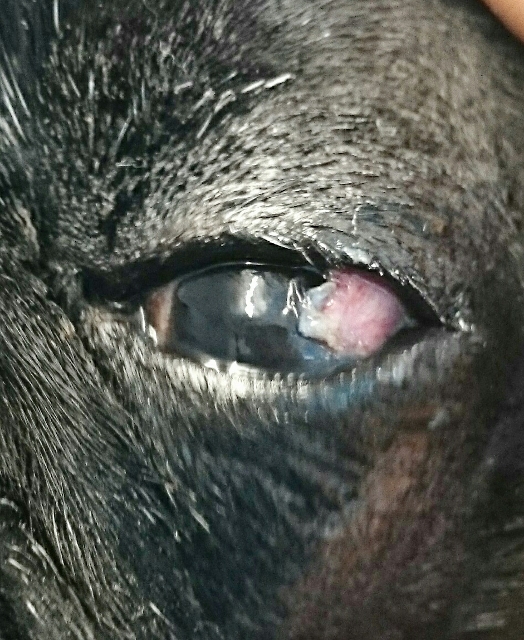 We see a lot of patients with sore eyes. This is most often because they have conjunctivitis that can be caused by infections, allergy, scratches, irritants or foreign bodies. We commonly also see sore eyes caused by other conditions like corneal ulcers, uveitis, glaucoma and tumours.

We recommend that we see all sore eyes as soon as possible so we can properly assess them. Most cases that we see are easily treatable and the more serious conditions can be successfully treated if we catch them early enough. 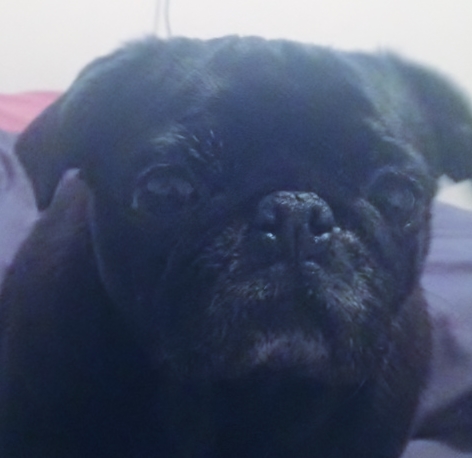