We are pleased to award our star patient for May 2014, to a very brave little soul called Betty- Lou. 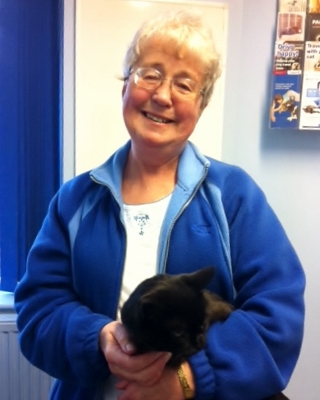 Betty – Lou is a 14 year old female neutered domestic short haired cat, who was seen at our Sale Surgery, originally in January, for a presenting problem of an acute left forelimb lameness.

On her initial consultation, a thorough clinical examination was carried out, and no specific anomalies were detected.
With cats being very active animals, it was suspected that the lameness was secondary to a possible minor injury such as a sprain.
She was discharged with pain- killing medication, and we advised her very lovely and friendly owner Anne, to rest Betty- Lou as much as possible over the next seven days.
Betty-Lou, arrived for a follow up visit 2 weeks later to assess her progress. Whilst she appeared to be more comfortable on her pain killing medicine, her condition had not improved to the extent that we had hoped for.

At this point, the decision was made to investigate the problem further by taking some X-Rays. 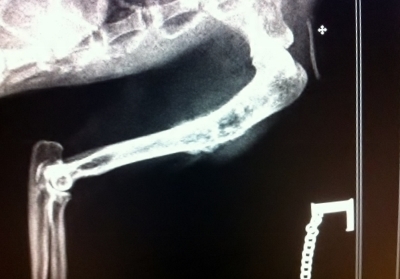 The radiographs carried out diagnosed a very serious and sinister condition. Betty-Lou was suffering from an osteosarcoma ( a type of bone cancer) of her left humerus (the bone of the upper-arm).

Osteosarcomas are very painful and aggressive tumours. They emanate when a proportion of cancerous bone cells to destroy normal surrounding bone tissue, which is extremely painful. They are also aggressive from the perspective that they metastasise and spread to vital organ systems in the body, most commonly the lungs.

With respect to Betty-Lou, she did not have any clinical evidence of metastatic cancerous lung disease and we confirmed this with Xrays. However she needed an urgent operation, which would have to involve amputating her left front-leg. This was to prevent the cancer from spreading, to remove her crippling pain and in essence; save her life. 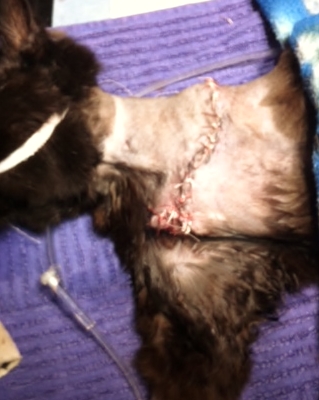 But the work, commitment of her owner Anne and a lot of bravery and resilience from Betty-Lou herself has seen her do brilliantly, and we have been very happy with her progress. The pathologists who examined the leg post operation confirmed it was malignant bone cancer but in cats the prognosis is far better than in dogs. In cats the cancer spreads much later in the disease process. In dogs it has usually spread by the time we have diagnosed the problem. Betty Lou may very well live happily every after and like many cats is coping really well on three legs. In dogs we have the option for chemotherapy afterwards but they will usually only live for up to 18 months with chemotherapy (4 to 7 months without).

Investigating and treating problems like Betty- Lou’s, is why we, as a proud veterinary practice, do what we do with love and care. If your pet ever develops an acute or unexplained lameness, please do not hesitate to make an appointment with us. 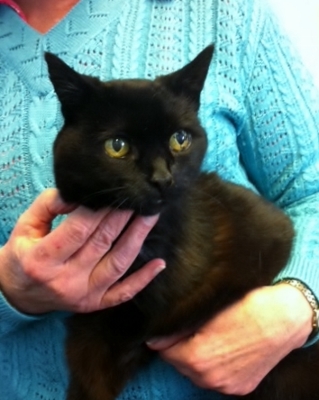