Much has been said in the media about breeds with short faces, short limbs and so on, so called brachycephalic breeds like Pugs, English Bulldogs, French Bulldogs and Pekignese etc. Such breeds can suffer from many problems with their limbs, spine and breathing. These problems are often made worse by irresponsible breeders as many of the conditions that such breeds can suffer from have heritable components that can be bred against, and often aren’t. Of course all such breeds have predisposition by virtue of what they are.

Some breed clubs have well thought out screening and advice programs, for example for French Bulldogs. Problems often arise because many are attracted to the cuteness of such breeds and don’t necessarily know what to look out for when they make a purchase. 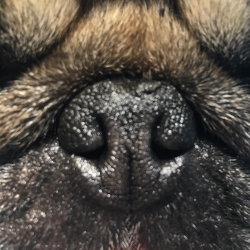 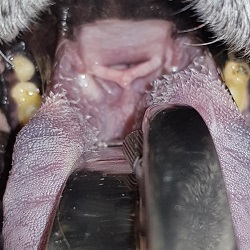 We have many dogs presented to us with problems associated with their breed and poor breeding. Not least of these is brachycephalic airway syndrome which can include narrow nostrils, elongated soft palate and laryngeal problems. Fortunately, for many, there is much we can do to be helpful.

‘Wookie’ is one such case. At rest he could breathe fairly comfortably, but even after mild exertion, when excited, or in warm weather, his breathing was very laboured and difficult, to the extent that he could sometimes panic and lose consciousness, and at best struggled to get air through his nostrils and made loud noises as he tried to get air into his windpipe with a long soft palate vibrating in the way of his larynx.

We took Wookie to surgery where Veterinary Surgeons Gordon Grey and Chad Northcott operated to widen the nostrils (rhinoplasty) and removed the elongated section of his soft palate. 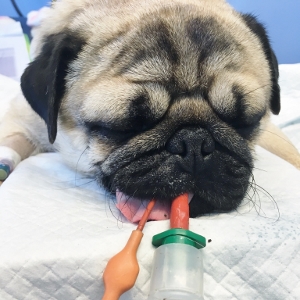 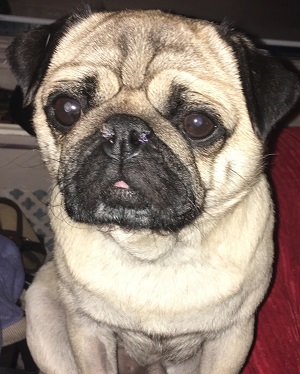 Immediately post-operatively we (and Wookie) could appreciate the difference and he now breathes easily and has a much better quality of life. This one and other dogs like him have been brought to us be charities and rescue societies and we are really pleased we have been able to help.

Of course not all breeders are unscrupulous and it is very easy to look for and find well established breeders with excellent reputations. If you have a brachycephalic breed and are unsure if they are experiencing problems then we will be quite happy to have a look for you. 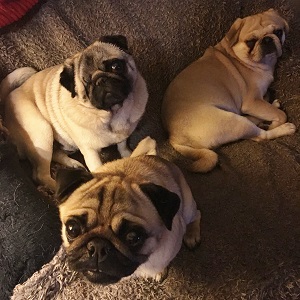