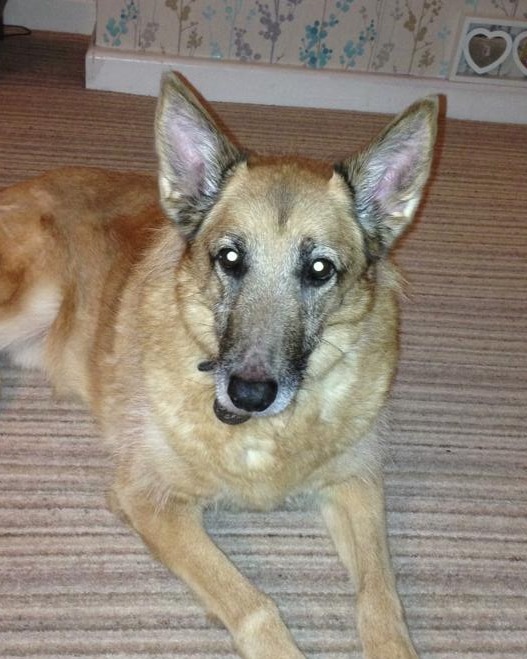 Sam came in with his owners one day looking his age: He was weary, had difficulty walking and to some extent was also inco-ordinated. The look on the family’s faces suggested that they might be fearing the worst. Was this going to be Sam’s last visit to the Vets?

Sam’s problems turned out to multiple but there wasn’t anything we couldn’t do something about:

Sam had the pain that comes with chronic arthritis. This is very common in older dogs and cats and very often mistaken for just ‘old-age’. Well with Sam it was simple – pain relieving medication, an appropriate exercise regime and soon Sam was a much happier little chap.

Sam also had problems with the nerve supply to his back legs caused by inflammation around the nerve roots in the lower spine, probably as a consequence of disc disease. Some powerful anti-inflammatory drugs soon helped with this and he was able to use his back legs far more confidently. 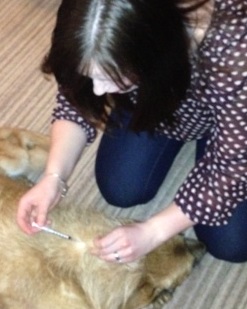 It also turned out that Sam had Diabetes Mellitus and now needs twice daily insulin injections.

Several months on and Sam is still enjoying life, as are his lovely family, who have been happy that they have been given more time with Sam. and care with his diet. Diabetes is reasonably common in dogs and cats and usually easy to treat with insulin supplementation, correct diet and careful monitoring.

So if you’re pet is looking ‘old’ it may well be that they have some serious age related illness, but equally, it may be that what you are seeing is really some simpler age related conditions that we can perhaps do a lot to help with. We recommend regular health examinations with the vet for all older pets. If your pet is regularly vaccinated then the Vet will carry out a full health examination every time you come. Our Nurses also run a FREE “Club-8-Plus” for older pets (like seeing the Practice Nurse at your GP for a ‘Well Woman’ or ‘Well Man’ appointment). As well as taking a history they will recommend many things that you can do to care for your pet in their twilight years and if they think that your pet should see a vet they can arrange this also.

Sam’s Owner wanted to share the following with you so that you knew how special he is:

Almost ten years ago I left home in Preston to work in East Sussex at The Kit Wilson Trust for Animal Welfare. It was my dream job and whilst I was very homesick I really enjoyed the work. One day a new intake of dogs arrived from Sheffield. As I helped unload the van I caught sight of an old, scruffy, slightly thin dog. I fell in love. He was named Gopher. After a vets trip it was discovered he had heart murmurs and was approximately 13 years old. He came to live with me as a foster dog soon after.

He slept by my bed and was the nicest old lad you could ever meet. He was on medication and for a while the tablets helped. He ran in the meadow and played with the other staff members dogs. He was such a character, he would steal kisses whenever he could but as an old dog had the most horrendous breath! Over the next few months we were inseparable. I would wake, homesick, in the night and reach over the side of my bed where he would be sleeping. He was always there when I needed comforting.
Then the tablets stopped helping.
After a long talk with the vet, Robin, I held Gopher in my arms as he gently ended his suffering. I was heartbroken. I cried myself to sleep for weeks afterwards and often thought I’d heard his distinctive woof/cough as I was falling asleep. To distract myself I started looking for another dog to foster. On the same intake that had brought Gopher to me there had been a small, white, grumpy, blind dog. Unfortunately he really disliked me!

A week or two later I heard two of the staff members talking about a dog that had been returned. I wanted to see him but wasn’t interested in him as a foster dog as he was only about 3 years old and I wanted to foster old dogs. The first time I met Sam he reminded me of Tigger from the Winnie the Pooh stories. He bounced. Constantly. He had been returned through no fault of his own and, as with all rescue dogs, was desperate for love. One of the staff members had taken him to training classes before he was rehomed so she started up again. He loved being out and about and was very responsive to training.

Shortly after I asked if I could foster Sam. He found kennel living very stressful. It seemed to bring out the worst in his Border Collie/German Shepherd breeding. The plan was to keep him with me in the flat and show him to potential adopters out of the kennel environment so they could see what a lovely dog he was rather than the crazed loon who was doing the wall of death in his kennel. He went on walks with lots of different people but was always overlooked. Meanwhile my husband and I got together. Whenever he was visiting he would go running and take Sam with him. He will never forget the time he took a wrong turn and ended up running a lot further than he had anticipated! At one point Sam just sat down and refused to run any further. Apparently it took a lot of cajoling before he would move again.

Soon after we decided to move in together and I made the difficult decision to move back to Preston. It was made more difficult by the fact that I couldn’t take Sam with me. I didn’t want to disrupt his life when we didn’t have anywhere to live. The girl who took on my job agreed to foster Sam so I knew he wouldn’t go back into the kennels. We packed up, said our goodbyes and moved back ‘up north’. Eight months later we were settled in our own house and decided to find out whether Sam had been re-homed yet. 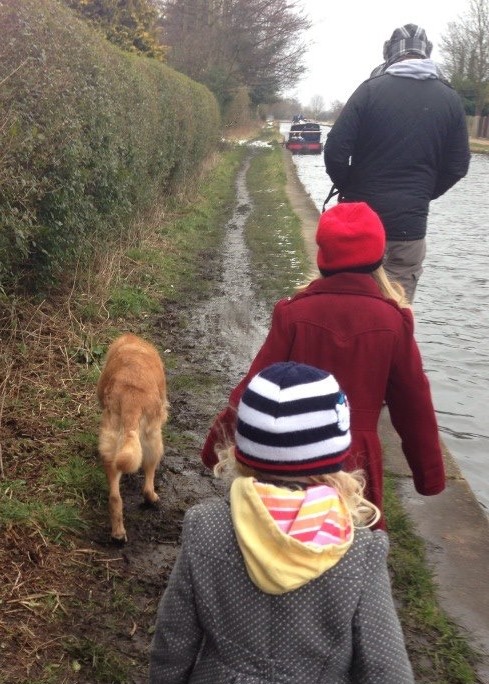 He hadn’t and we were ecstatic to be accepted as adopters for our Sam. Finally he had his forever home after four homes in four years. We drove the four hour journey on pins. Would he recognise us? Had he forgotten about us after almost a year? We arrived at Kit Wilson and a staff member went to collect him. He wandered in, sniffing about. I called him and he stopped dead. He looked up, saw me and flung himself at me! He rubbed against me, climbed on me, licked me. It was as if he couldn’t get close enough. He then started on my husband!

We headed home soon afterwards. Luckily he was ok in the car. Four hours is a long time to be cooped up. Over the next few months we got him settled in and started introducing him to our niece who was 3 and my husband’s 10 year old cousin. As Sam was such a lively dog we knew we had some work to do before we decided to have a baby. We needn’t have worried. He was almost a different dog around my niece. A few hours after meeting each other they were curled up asleep with her head on Sam’s tummy.

The following September we travelled down to the KWT dog walk at Ashdown Forest and had a really good day catching up with everyone. In 2006 we welcomed our first daughter, Molly Suzanne, into our lives and in 2009 our second daughter, Mia Katherine was born. Sam has always been great around them. He was patient when they were small and they learnt that when Sam went on his bed they had to leave him alone.

So now our old man is 13. He is a bit blind and a bit deaf (although this may be selective!). He is still looking good for his age but I’m aware we have been lucky having him so long. I want to make the journey back to East Sussex with Sam and our family to do another KWT Sponsored Dog Walk before we run out of time.

So that is our story. Some of you will have been lucky enough to meet Sam. He is a lovely old boy and part of our family. We were only able to adopt him because the Kit Wilson Trust for Animal Welfare was there when he needed rescuing. Thanks to the KWT Gopher had a comfortable last few months that he wouldn’t have had otherwise. Times are hard and many pets are being abandoned when families cannot afford to keep them.
If you donate you can help the Kit Wilson Trust help the helpless.