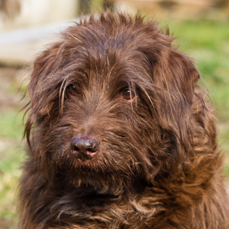 We`d like to let you know about ‘Rats’ brought to us by his owner Jane in late February having been very unwell  after her last season. She was found to be suffering from a condition called pyometra, an infection of the uterus commonly found in older female dogs which haven`t been neutered. This meant Rats needed an operation called ovariohysterectomy to remove her massively enlarged uterus, and ovaries to cure this problem. Unfortunately at the time of surgery she was also found to have a growth on her spleen which meant she had her spleen removed . 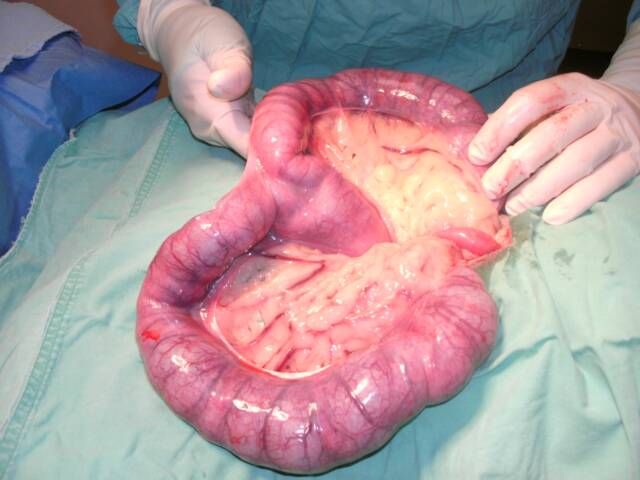 This is a massive undertaking and Rats unfortunately suffered a lot of post operative complications the next month including post operative infection, pneumonia and renal failure and was so poorly at one point we thought we would lose her. We are glad to report Rats never gave up and with treatment and the dedicated care of her owner she has now made a good recovery and her last blood tests showed normal kidney function.

She certainly showed massive powers of recovery and we wish her well in the future and look forward to seeing her again.

We recommend neutering in all bitches not being used for breeding, to help prevent pyometra, mammary cancer, uterine cancer, ovarian cancer, unwanted litters, unwanted seasons and false pregnancy. The best time for neutering is before or 3 months after the first season although we like some larger breeds to be fully skeletally mature. You can read more about neutering on our website.