The festoons of the intestines 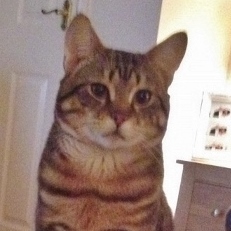 This Paddy, who vet Gordon Gray certainly considers to be a star, came to us in October 2015 feeling very poorly. Having been vaguely unwell with a high temperature, Paddy progressed to copious vomiting over the course of 2 days. So he was admitted to our Leigh surgery for further investigation. This took the form of blood tests and X-Rays.

Blood tests showed Paddy to be dehydrated, but no other abnormalities. However, it was his X-Rays that were more revealing: They showed intestinal obstruction and an abnormal soft tissue shadow in his abdomen. We decided Paddy needed immediate surgery so he was anaesthetised, placed on intravenous fluid therapy and taken to surgery where we performed a laparotomy.

We found he was suffering from a condition called intussusception which was causing intestinal obstruction. There was irreversible damage to some of Paddy`s small intestine which meant we had to remove about 15cm of  bowel to treat this problem. This operation is called enterectomy and is a long, technically demanding (and expensive) procedure. This was carried out by Veterinary Surgeon, Gordon Gray, and 2 assisting nurses. 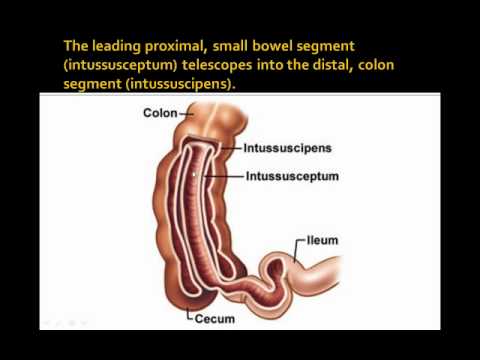 There are possible, serious, complications with this procedure the most severe of which is peritonitis. So Paddy was treated during and after surgery with antibiotics, intravenous fluids and analgesics (pain relief). We felt that the operation went well and Paddy was discharged the next day.

Gordon saw Paddy the following day for a post-operative check with his very pleased owners, who reported he was much better and just about back to normal! He went on to make a great recovery, and is happily back in the fold with his pal Levi. We were all very pleased to see he did so well after his life threatening illness, and life saving surgery.

Intussusception is a relatively rare condition, usually secondary to something else such as intestinal parasites, tumours, foreign bodies or gastro-enteritis (anything that may really adversly affect normal gut motility. Sometimes  we just don`t know. We always recommend regular worming, feeding a high quality food and, of course, pet Insurance…..

We see many kinds of intestinal emergencies – blockages, tumours, intussusception, gastric dilatation and volvulus and so on. Vomiting and apparent abdominal pain (colic) should always be taken seriously, don’t wait for it to pass, seek advice from us first. The sooner we deal with acute abdominal problems the better the outcomes.