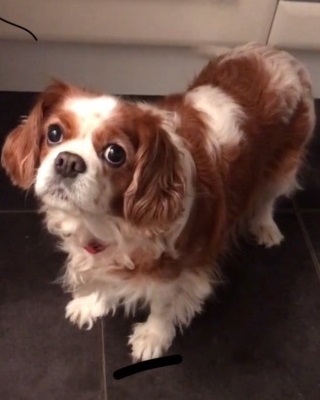 Minnie is a beautiful Cavalier King Charles Spaniel. Cavaliers make splendid family pets, but they also have a range of potential problems. Firstly, they have a short noise and the pharyngeal and laryngeal structures at the back of the throat can have a range of problems including having a soft palate too long for the throat, which can affect air flow and breathing. The range of potential problems there we collectively call brachycephalic airway syndrome.

Cavaliers can also be genetically predisposed to cardiac problems, with leaky valves developing earlier in life. This turned out to be the case with Minnie.

Minnie had developed a heart murmur – the sounds we hear when there is turbulent blood flow through the heart, for whatever reason. We grade these on a scale of 1 to 5 or 1 to 6. We thought Minnie’s was due to a leaky valve between the left atrium and left ventricle, but it is always better to get evidence, and also try to work out what problems the leaky valve could be causing. 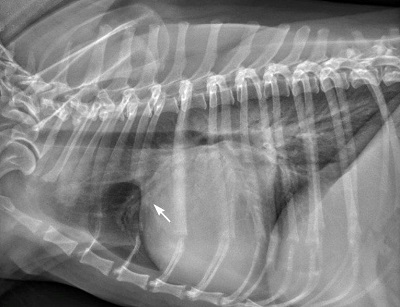 X-Rays showed the heart was enlarged, particularly on the left side (atrium and ventricle). So, the muscle was working too hard to maintain a normal circulation. Over-exercised muscles get bigger!

We also did some blood tests. Most of Minnie’s bloods were normal but a special testing measuring something called ProBNP came back with a reading of 1460. This is greater than the top of the normal range (up to 900) and told us that Minnie’s heart muscle was being increasingly stretched and stressed.

Minnie is on a range of treatments:

One to increase the contractility of the heart muscle

And two types of diuretic, to prevent fluid accumulating in the lungs (which can cause a cough and reduce oxygen absorbtion).

Minnie has been on treatment for over 6 months and is doing really well. Her heart rate is normal (although the murmur is still there) and her breathing and exercise tolerance are really great. 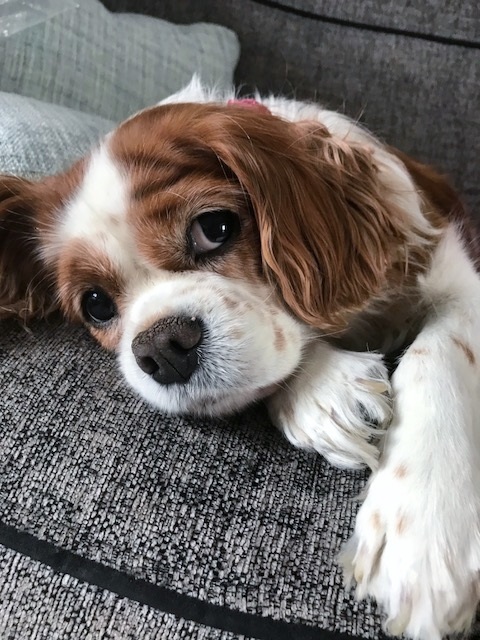 We see lots of dogs and cats with heart problems. Often the problem may not be causing clinical symptoms yet, although sometimes that’s why they come. We pick up a lot of subclinical cardiac disease during routine health examinations, for example when you come for Annual Health Checks and Booster vaccination.

If your dog or cat seems more tired than normal, has developed a long-term cough, or seems less keen on exercise, then make an appointment to see us. It might not be the heart causing the problems, but whatever it is, we can usually get to the root of the problem, and there is usually a tremendous amount we can do to help.