Mickey Started with itchy skin (we call itching ‘pruritus’) in January 2018. This had become progressively worse during the two weeks before we saw him, despite his lovely owners treating him thoroughly for fleas (probably the commonest cause of itching).

There were large areas of skin that were red and inflammed, other areas where the hair had come away causing baldness (alopecia) and Mickey was really badly self-traumatising. Despite medicated shampoos, antibiotics for any skin infection and medication to take the itching away, Mickey continue to itch.

The redness and hair got progressively worse and had spread to the face, neck, underside, feet and armpits.  We decided we needed to investigate further. Under sedation and local anaesthetic we took skin scrapes, samples for culture and microscopy and full thickness skin biopsies.

There were a few mite eggs and mites on the skin scrapes (can see demodex mites occasionally in normal dogs) but the biopsies showed the presence of many, many mites, hair follicle inflammation, skin inflammation generally and some secondary, chronic changes in the skin.

There are a number of mites that can cause problems with the skin in young dogs but Demodex mites are one of the commonest. These mites live on the surface and within hair follicles and be difficult to find without ‘deep’ skin scrapes. They burrow in the skin causing damage and pruritis. Secondary infections are quite common (bacteria and yeast, which take advantage of the damage).

We tried a variety of different treatment with Mickey including a common topical treatment that we usually use for fleas but is licensed to kill skin mites, Antibiotics for the secondary infection, medicated shampoos and drugs to reduce the inflammation and itching in the skin. This all helped a little, but Mickey’s problems continued.

Eventually we changed his treatment to an oral tablet called ‘Simparica’. We usually prescribe Simparica to prevent ticks and fleas. He had this treatment weekly initially. Within a very short period of time he had responded really well to the new treatment.

Recent photographs show the dramatic improvement to Mickey’s skin. He is much happier in himself, and because he is happy not scratching all the time at home, his owners are much happier too.

The commonest reason pets are presented to us for treatment is because of skin problems. Most of these problems involve soreness, irritation and often, hair loss. Causes of itching in dogs include fleas or other parasites (like skin mites or lice), allergies (environmental or food related), inappropriate shampoos, irritants (certain cleaners and other products we have around the house), primary infections (bacteria, fungi and yeast), some hormonal conditions and psychogenic causes.

Whenever you dog or cat starts with an ‘itchy’ problem it is probably a good idea to be seen sooner rather than later. We may immediately know the cause, but more often than not, we will want to take skin scrapes and sellotape smears to help diagnose the problem.

Demodex mites probably live in small numbers on most dogs (in a so-called symbiotic relationship) but can cause problems in many young dogs, especially when their immune system isn’t able to protect them properly. When their numbers are very excessive we often find them easy to diagnose. If your pet starts with an itchy problem the best thing to do is to make an appointment,. Chances are the cause might be something else, but it’s best to investigate early so we can make a definitive diagnosis and give the most appropriate treatment (evidence based medicine). 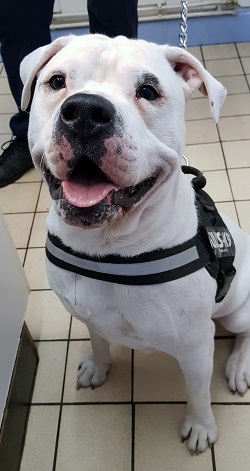