Watch what you leave on the floor 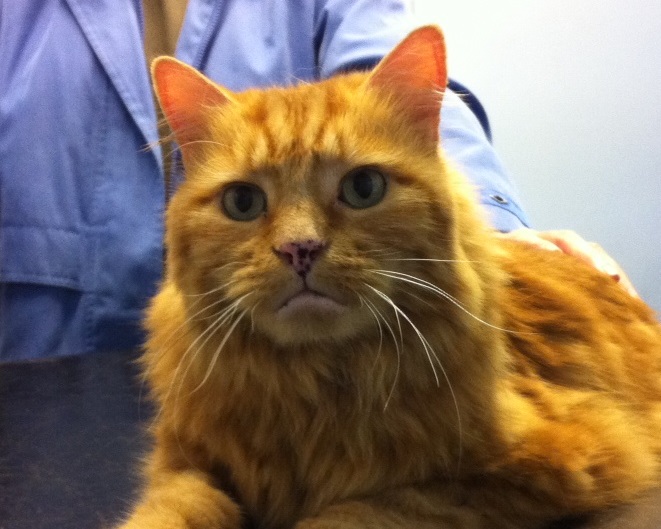 At about 3.15 am, owner June was woken to find Merlin in a distressed state, as he was attempting to ingest a long length of knitting thread. Understandably worried and concerned, June attempted to retrieve as much of the swallowed knitting thread from merlin’s mouth. It came to a point where the thread was completely irretrievable and it was at that point, that June made the decision to bring Merlin down to our the surgery in Sale, where he was seen as an emergency.

After being assessed, examined and having the severity of the situation taken into account; the decision was made to admit Merlin for abdominal surgery to remove the entire length of thread as safely as possible from the gastrointestinal tract. Although suspected to be serious, nobody quite expected the situation to be as serious and as life threatening as it was.During a two and a half hour operation, Merlin had at least 50 Cm of thread removed from his gastrointestinal tract. The surgery involved making five incisions along merlin’s stomach and small intestines. Thankfully the operation went well and after a few days of hospitalisation and monitoring, Merlin was able to go home and has been doing well ever since.

Although there was a successful outcome for Merlin, not every patient manages to survive such a serious situation like this. Cats unfortunately can have a tendency for ingesting linear material which can then become foreign bodies. This includes string, thread, shoe laces and even tinsel. Be careful this Christmas time! 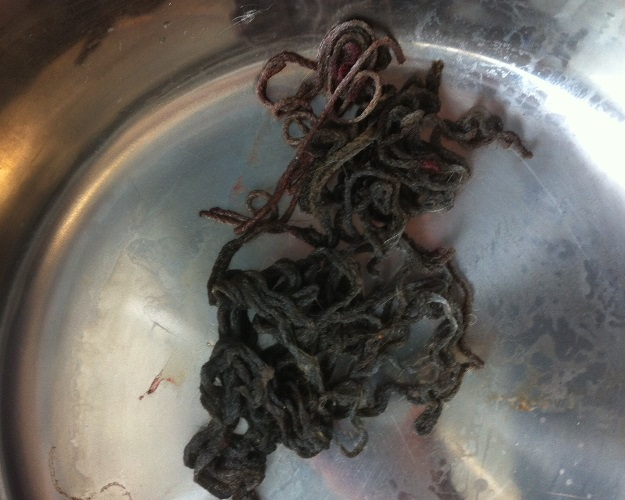 Also it is important to note that if you ever find yourself in the scenario that June was, it is vital not to pull or tug the foreign body from the mouth, especially where you seem to find resistance when you pull. By doing this, you avoid the risk of inflicting secondary internal damage to the digestive tract such as laceration and strangulation of the tract. Imagine as you are pulling the intestines all concertina together!

Never leave cats unsupervised where they are in the accessible proximity of any linear material and preferably don’t leave wool and similar lying about. We are sure June, Merlin’s mum won’t.