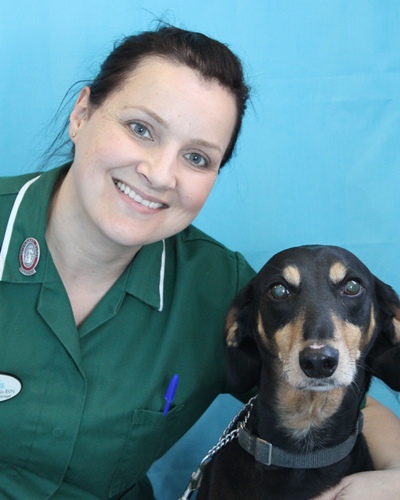 On Christmas Day whilst Max the dog was enjoying the attention of all the visitors to our house, 4 lumps were noticed on

his throat. We then found others behind his knees and in front of his shoulders. Max had been his usual self and had no signs of illness. His appetite was good and he was enjoying going out for walks.
Max was taken to the surgery on Boxing Day and after being examined blood tests were performed. These were normal and he was given antibiotics and anti-inflammatory tablets. Max came the next day to have an anaesthetic for his chest and abdomen to be x-rayed and biopsy’s to be taken from his lymph nodes (glands). The x-rays showed that some internal lymph nodes were also enlarged. A biopsy (small piece) of a swollen lymph node was taken and this was sent away for analysis. A few days later the results confirmed what we were dreading; Max had Cancer. It turned out to be Lymphoma.
Lymphoma is a malignant cancer that involves the lymphoid (immune) system. In a healthy dog, the lymphoid system is an important part of the body’s immune system defending against infectious agents such as viruses and bacteria. Lymphoid tissue normally is found in many different parts of the body including lymph nodes, liver, spleen, guts and skin.
The next course of action was to start Max on Chemotherapy. Max started on a 26 week protocol with treatment being given mostly on a weekly basis. Chemotherapy works by destroying or slowing the growth of cancer cells and causing as little damage as possible to normal cells. One possible side effect is that white blood cells which help fight infection in our bodies, are also destroyed making a patient vulnerable to infections. 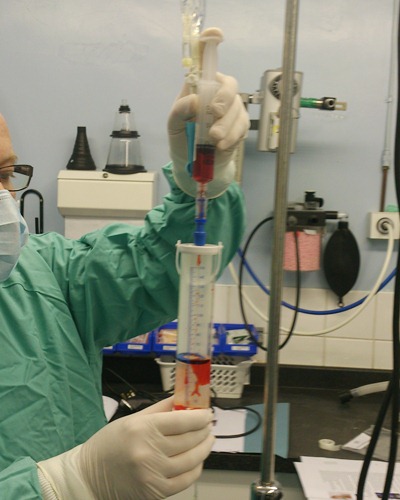 On Friday 4th January Max was given his first chemotherapy treatment which involved injections and a course of steroids. The steroids were given at a very high dose to start with and over the following weeks were reduced. They made Max thirsty, pass more urine and eat more. Other than some mild changes in behaviour there have been very few side effects, although we look out for anything different (like diarrhoea or blood in urine) and the vet does regular examinations and blood tests. People often wonder if dogs will lose their hair during chemotherapy; the answer is that some breeds which have a continual hair growth, such as poodles or Old English Sheepdogs, may lose their hair but the vast majority of breeds won’t. Thinning of the coat and a change in texture may be seen and loss of whiskers is likely.
Within 2 days Max’s Lymph nodes had gone back to normal size and now, one month on and Max is still doing well. We know that on average we could get up to a year of remission, sometimes less, sometimes more. We are just taking it a day at a time and the family are thoroughly enjoying all this extra time we have with Max. Keep an eye on the Practice website to follow Max’s story.

If you find any unusual lumps on your pet that doesn’t mean that they have cancer, but it does mean that you should get it checked out by the Vet as soon as possible. Early intervention with more serious diseases, whatever the symptoms, can mean the difference between being able to treat or not. Don’t hesitate to ask if you are not sure. 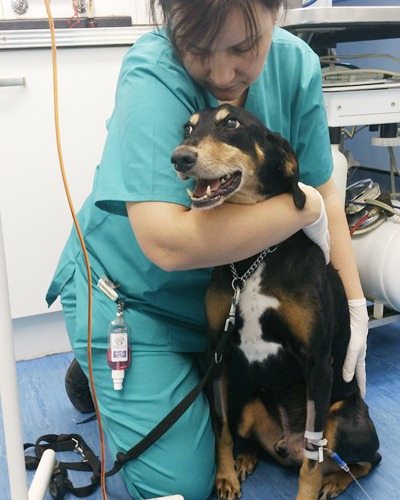