You are in: Home > Stars > Jess and Ruby 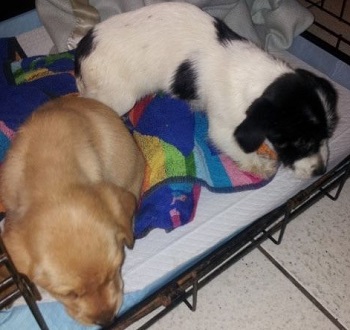 Two, approximately 6 week old puppies, were ‘dumped’ outside our surgery at Leigh in early 2015. Both were very dull, dehydrated and weak. Both had diarrhoea and vomiting and quite frankly were close to death.

We took them in and kept them in hospital for several weeks. The gastroenteritis they had was almost certainly viral. They were treated with intravenous fluids, electrolytes, antibiotics, worming drugs and various other medications aimed to help them recover as comfortably as possible. In the early days of their treatment they also both develop severe respiratory infections and one developed pneumonia.

It was a team effort to save them. The bulk of the work was that lovingly administered by the Nursing Team. Our Veterinary Nurses are qualified and experienced to offer nursing and monitoring to a high standard. Any problems were promptly addressed by the Veterinary Surgeons.

Apart from monitoring and treatment the puppies were kept warm, played with, hand fed when required, groomed, bathed, treated for fleas, worms, ear mites and so on.

Both pups eventually made a full recovery and their stories were avidly followed on our facebook page.

We chose two of many people who wanted to take the pups on and after completing forms and house checks both pups have been happily rehomed.

They have been in during March and early April for Vaccination and ongoing preventive health advice. Both pups are doing really well and we are really proud to be involved in saving and rehoming them. 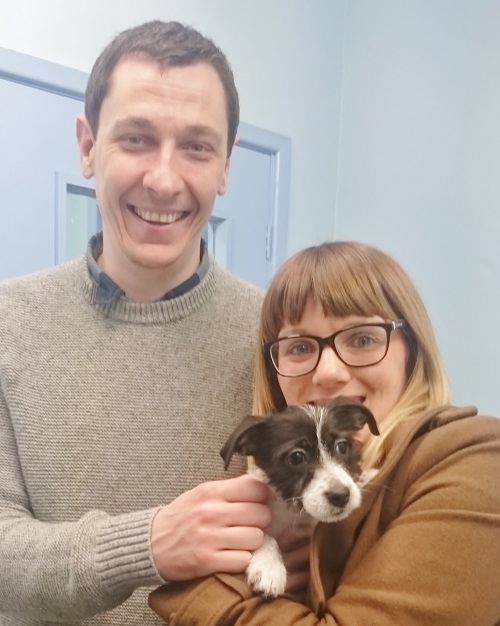 The illness that they presented with probably could have been prevented if their mum had been fully vaccinated. She would have passed on protective antibodies in her milk and across her placenta.

If she had been wormed regularly these pups may not have had so heavy a worm burden.

Apart from judgements that many were making about those who left them with us (at least they did leave them on our doorstep), this story highlights many things.

Most of all it highlights that taking on a puppy or breeding comes with much responsibility. Having a dog requires an investment of time, money and love.

Vaccination and worming is essential, appropriate flea control is highly recommended. Feeding a nutritional and appropriate diet for age is essential. You also need to think about ID chips (these will be a legal requirement in 2016), neutering, pet insurance and exercise.

Before you buy a cat or dog make sure you can afford all of the above, and think about the time involved in caring for a pet properly.

We will continue to follow these two if we are able, and bring you updates via Facebook as appropriate. 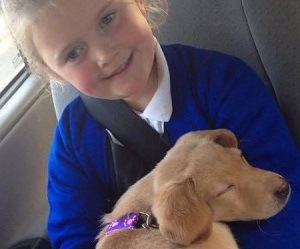