Older pets have senior moments too 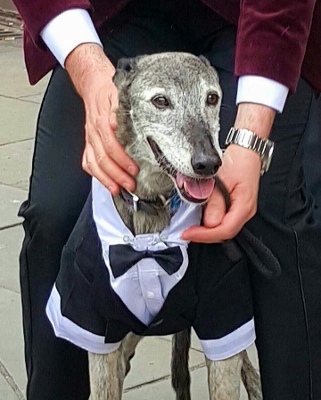 Meet Jake, a 13 year old lovely greyhound who came to see us at the hindley surgery back in January. Jake’s owner was  very concerned, as Jake had always been housetrained so well, but recently he had started to urinate and pass faeces in the house as well as becoming very stressed. Sometimes Jake would go to the toilet in his bed, and not even realise he was doing it, which was so out of character for himself. Jake’s owner had tried crating and going back to basics in regards to toilet training and Jake always has a dog walker on a regular basis, but everything the owner was trying  just wasn’t helping. This meant even though jakes owner did not want to consider euthanasia at this stage, it was getting to a point where jakes quality of life was being affected too much.

Clinically on exam there was nothing obvious to suggest jakes underlying behaviour change. The owner had also mentioned that Jake was drinking a bit more, so after discussion we decided we would check some bloods tests. It is always important to rule out any underlying disease processes first. We ran a routine blood screen which checks for any issues like anaemia, infection, kidney issues which can often give signs of drinking more and urinating more- sometimes in the form of accidents in the house. The bloods also checked for conditions such as diabetes and checked Jake’s liver to make sure all was in order there. Despite Jake’s age, his bloods were normal for what we would expect, so in this respect Jake was given the all clear.

With Jake’s age and the symptoms- toileting in the house, and changed behaviour, after discussion we decided to try treatment for Canine Cognitive Dysfunction – this is similar to dementia or Alzheimer’s in humans and is a progressive condition which tends to get worse over time. This is a serious problem in older dogs and can become a life threatening disease for many elderly dogs, as owners often are not aware that in early cases the signs of impairment are treatable or temporarily reversible and so do not visit us until they have progressed too far. Early signs can be loss of activity or normal interaction with owners- affecting our human animal-bond, this often leads to a dog disturbing our sleep patterns, barking all of the time, toileting in the house etc which often can lead to the difficult decision of euthanasia. 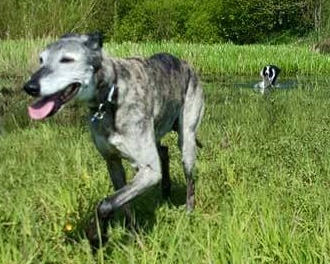 We have a simple questionnaire which you can use at home – to assess your dog (this only applied to older dogs- typically over 8 years old and older):

Does your dog ever show any of the following behaviours at home? (answer ‘yes’ or ‘no’ to each question):

1)      Pace or wander aimlessly, finding it hard to settle

2)      Stare blankly, or into space, as if unaware of its surroundings

5)      Appear forgetful about things. For example forgetting to go to the toilet when let outside, or repeatedly asking for attention, food or a walk

6)      Vocalise repeatedly for no reason (e.g. barking or whining) 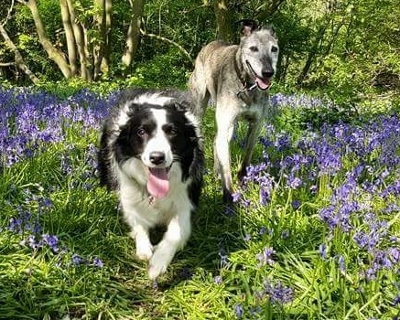 If you answered ‘yes’ to one or more of these statements then your dog may have cognitive dysfunction, particularly if these signs have become worse over recent months. If you have tried this questionnaire at home, and are concerned about your dog- get in touch with us and make an appointment for a check up, as below you can see there are treatments we can try. We also offer free ‘senior clubs’ with our nurses who can also give advice about cognitive dysfunction.

In Jakes case we decided to trial a supplement known as Aktivait. This is a supplement which combines all the nutrients necessary for sustaining optimum brain function, by combining antioxidants with compounds necessary for optimum metabolism and function of the brain cells. This helps free radical damage and improves electrical transmission between nerve cells in the brain. We would normally start this supplement as soon as any of the signs of cognitive dysfunction start. There is a version of aktivait for cats also, both coming in easy to use capsules which you can either administer whole or open and sprinkle onto food. Noticeable improvements have been reported as soon as 3-4 weeks after starting aktivait but this can vary case by case. 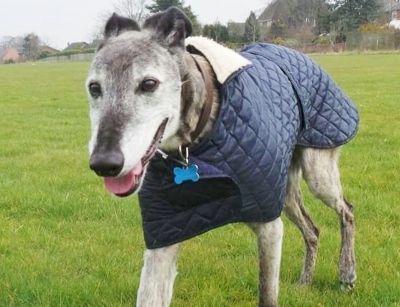 Within a few days of starting Aktivait, Jake’s owner reported there was a big improvement in Jakes behaviour and to this day he is acting more like a puppy again. Over the course of 3-4 months, jakes owner reports toileting accidents in the house have reduced to perhaps 3 over this entire period since starting aktivait compared to at some points 3 a day prior to starting his treatment. Jake’s dog walker has also noticed a change in his behaviour on walks, before he did not want to go too far, but now he is much improved, enjoying his walks and his life again.

As well as Aktivait we have other medications/supplements which we can try, for example vivitonin in dogs, coconut oil, reconcile, selgian and clomicalm all with their own benefits- uses of which are decided on case by case basis. Behaviour therapy is also sometimes used to make the environment more accessible to the geriatric dog or cat, re train behaviours which the animal may have lost through cognitive impairment and providing environmental enrichment to stimulate and maintain mental processes and to also improve quality of life. Often you will hear people saying ‘you can’t teach an old dog new tricks’ but actually in the case of canine cognitive dysfunction  practising simple commands and encouraging your dog with training can actually help keep mental activity going, giving you and your dog a better quality of life.

It is important to remember that cognitive dysfunction is always progressive, however the disease is comprised of both reversible and irreversible brain changes which means often many of the processes underlying dementia in dogs can be treated and give a better quality of life. Jake currently is proof that supplements or treatments can work and as a result we have a much happier Jake and owner.