Corn on the Dog 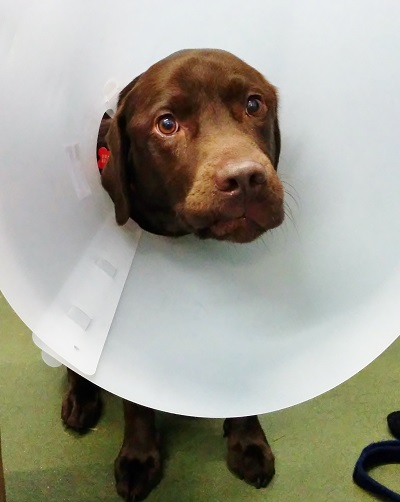 This guilty looking chap is Dexter.  Dexter came to our sale surgery suffering from chronic vomiting over a period of weeks. He was bright and normal to examine and nothing could be felt in his tummy.  A gastritis was suspected and he was sent home with some drugs called gastro-protectants which settle the tummy in cases of inflammation and vomiting.

Unfortunately, 2 days later he returned to the surgery.  He was vomiting less but had stopped eating altogether and hadn’t had a poo for days.  He still had his waggy tail but was visibly quiet and subdued. He was slightly dehydrated. A foreign body was suspected but we still couldn’t feel anything.

He was admitted for a drip and to sedate him for imaging of his tummy.  After some blood tests to check he was safe for a sedation, Dexter was x-rayed. 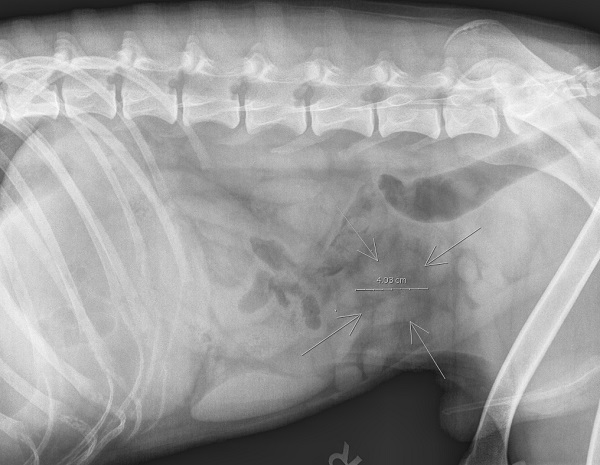 His stomach was large and gas filled, as were his small intestines.  The intestines had thickened walls. There was a faint shadow of something abnormal in the middle of his abdomen but nothing conclusive.  He was  re-palpated under sedation, which meant he was nice and relaxed. An abnormal hard lump was now palpable in the same region as the mystery shadow on x-ray. The ultrasound scanner was placed on this mass to check it wasn’t something normal, such as a mobile kidney.  An obvious foreign body was in his small intestines with very dilated intestines behind it, as it acted like a plug. 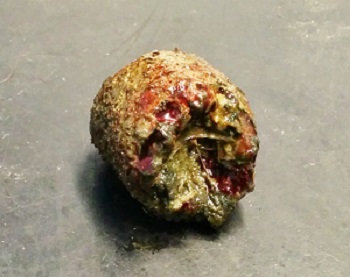 Dexter was taken to surgery where we found a corn on the cob in his small intestine. It was removed via an enterotomy incision. He was stitched up and placed on pain killers and antibiotics and went home that night.

Dexter went on to make a full recovery.

We see a lot of foreign bodies in dogs. Common ones include corn on the cob, wine corks, underwear/socks and bits of chewed up toys.  They’re great fun for our pets to play with, or even tasty to eat! Unfortunately, if they swallow them, they’re the perfect size to cause a blockage.  Sometimes, as in Dexter’s case, our pet may eat things sneakily but remain vigilant for scavenging on walks and around bin bags etc.

These cases can also be expensive. A lot of work goes into diagnosis and treatment and costs can add up.  Pet insurance is the third most claimed type of insurance in the country so always consider insuring your pet.  You can find more information on our website at http://www.vetcareltd.co.uk/health/insurance