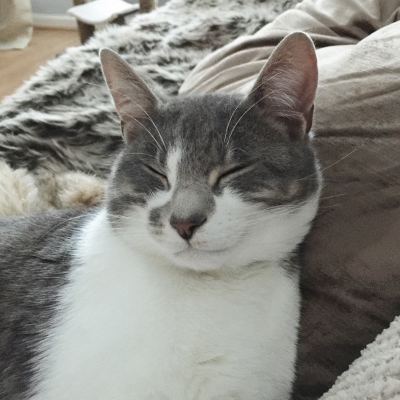 Darwin was originally a stray, who very quickly touched the hearts of Michaela and her teenage son, Oliver. Darwin was discovered in Michaela’s garden and he was very lame.
Michaela took Darwin to a local vet, but after the initial consultation and x rays, that revealed a fracture of the femur, she contacted a local charity (Pet Rehome) for help. It became obvious that Darwin’s condition was neither straight-forward, nor was the treatment going to be cheap.
Pet Rehome referred Darwin to Vetcare at Bolton and he was admitted on the evening of February 16th 2015 by Veterinary Surgeon, Neil Taylor, who has a great interest and skill in orthopaedic surgery. 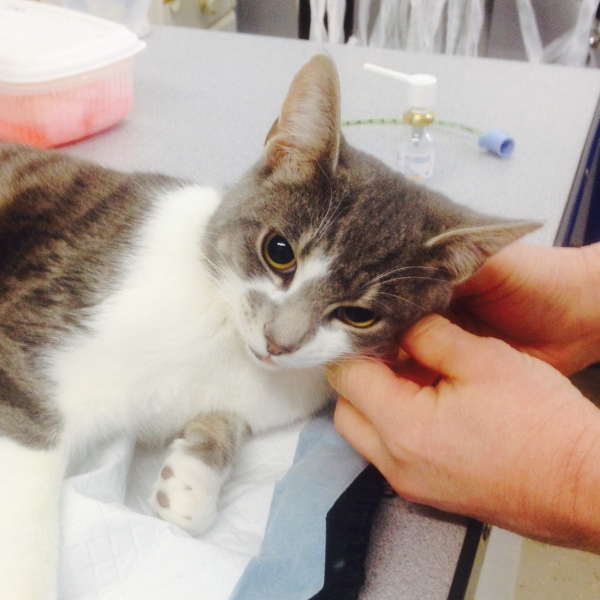 He was initially given painkiller prior to a further assessment the following day when preparations were made to place a pin and wires in the leg to repair it. 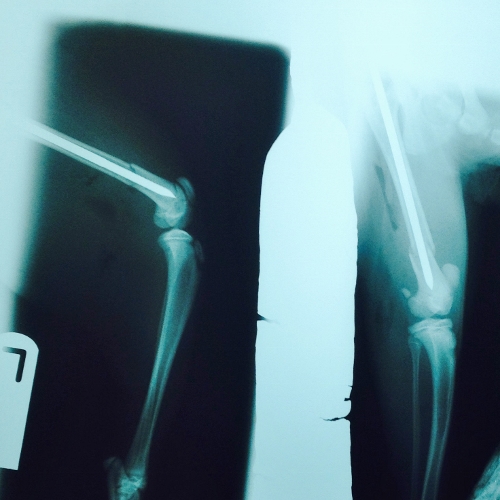 Delightful Darwin, who by now had captured the hearts of all of the Vetcare Bolton team, made an uneventful recovery. He was hospitalised, closely monitored and fussed over for 2 days before discharge. Michaela and Oliver were thrilled they had got him home!!
Regular phone calls were made to Michaela to check that Darwin was doing okay. A week after Darwin’s surgery he was showing some signs of discomfort and this was due to irritation around the top of the pin. Darwin was once again hospitalised for a few more days, then returned home, after the pin had been slightly readjusted so it didn’t rub on the skin.
Further radiographs on the 9th May showed that a good bone union (callus) was forming at the fracture site. This was much to everyone’s relief (including the wonderful Darwin. The pin was removed on the 10th March 2015!! 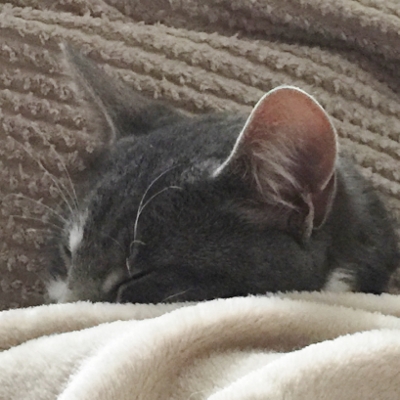 The surgery that Darwin had was quite expensive, but, he was very lucky because the very wonderful Pet Rehome initially covered the Veterinary fees,and a vast majority of the surgery fees. Other small animal local charities were approached,(Pets in Need, and Cats’ Protection) and they too offered some financial help. So, Darwin had everything that he required to recover from his injury.

Lots of fundraising is required by the charities to enable them to be in a position to help animals like Darwin, and they work tirelessly to achieve this. 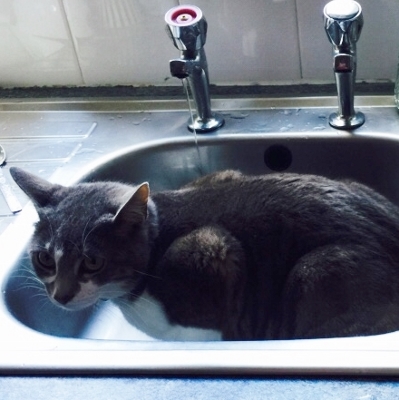 Darwin’s story turned out to be a happy one, and we know that he really has found a forever home with Michaela and Oliver.

Darwin is living the life of a king, and quite simply went from rags to riches.

He never complained throughout his ordeal, and always purred,and rolled over for his belly to be tickled. We are convinced that if Darwin could speak he would have said