You are in: Home > Stars > Barkley

Some people think it’s funny, but it’s really rather runny…. 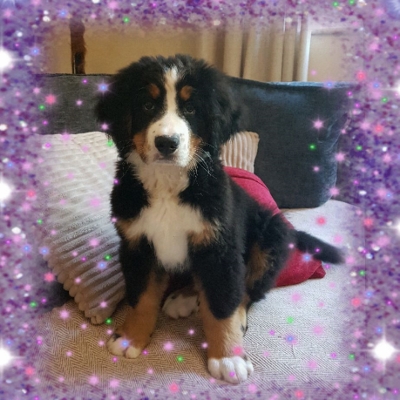 Young Barkley was only ten and a half weeks old when we first saw him at our Bolton surgery with a really miserable and uncomfortable attack of “the runs.” He had little enthusiasm for the morning after a night of vomiting and “pink tinged” diarrhoea- the owner kindly brought in a sample- ugggh! With doleful expression and barely a lift of his tail, he slumped on the consulting room table.

What had caused this nasty bout of gastroenteritis? Barkley was known to be keen to investigate anything in his new home by clamping his jaws around whatever it was! Slugs (they can lead to lungworm), the odd stray sausage, the contents of the mop bucket….they were all there to be sampled! Was it a bad dose of worms? But Barkley had been wormed by the breeder. He was eating the same food as he was with the breeder, so a dietary upset was less likely. Top of the fear list: could it be a Parvo virus infection?

The vet examined Barkley, took a full history and discussed the options with the very concerned owner. It was decided to administer some supportive treatment, let Barkley go home and liaise in a few hours to discuss how he was progressing. The understanding was that he would need to be admitted if the vomiting and diarrhoea progressed.

Three hours later there was relief in his mother’s voice when she reported the vomiting had stopped and Barkley was taking water little and often.

The following morning it was Barkley with a bit of a bounce! The diarrhoea was improving and he had managed a bit of the national cure all- a little roast chicken. His tail was rotating at a faster rate.

Barkley continued to make rapid progress and went from near zero to Hero within the next few days, with a digestive system repaired and restored to normal. Well done Barkley and to his owners for nursing him back to high energy puppy health. That tail is rotating like a propeller now! 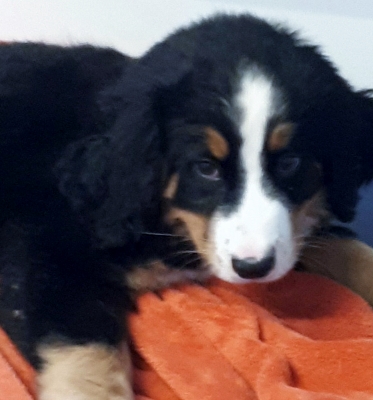 What breed of dog is Barkley?

You can use the following anagram to help you:  O ease the bern in dog tum!

Gastrointestinal upsets are quite common in dogs. In young pets the cause is more likely to be related to infections, parasites or eating things one shouldn’t (we see lots of foreign bodies that have to be removed surgically). In older pets there are many possible causes including dietary allergies/sensitivities, metabolic diseases or growths etc. Most causes of vomiting and diarrhoea are simple to manage (bland food little and often with water to drink) but sometimes medical intervention is required. Sometimes further tests (sample analysis/xrays/ultrasound scans) may be needed to identify the cause.

Severe, life threatening, gastro-enteritis can be caused by certain viral or bacterial diseases. Routine vaccination protects against many of these.

Worms are common in our pets and we worm them to protect them, but also to prevent human ill-health – e.g. roundworms can infect people, including pregnant mothers and children. We recommend regular worming for dogs (monthly if you have children, if they eat slugs/snails from the garden or regularly mix with other dogs), otherwise at least every 3 months.

We also recommend worming cats regularly – monthly if they hunt, otherwise every 3 months.