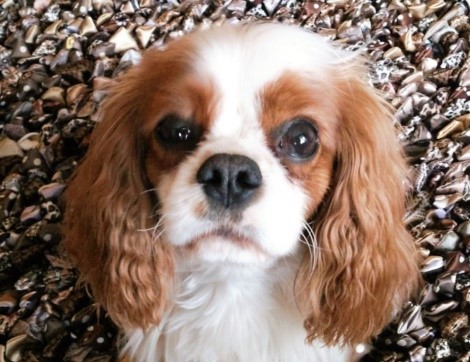 Albert is a 4 year old, Male, Cavalier King Charles Spaniel that came to visit us at Vetcare for his Annual Health Examination and Booster. Albert came to see our newest member of the team, Andrea. During his examination Andrea noticed that Albert’s heart sounded abnormal. Albert had developed a heart murmur over the last year.  After discussion about Albert’s behaviour it was discovered that Albert had recently been panting and coughing much more than normal, and that he seemed to be taking longer to recover from exercise than previously.

Due to these signs Andrea thought it would be best to investigate Albert’s heart.  X-Rays would help to see if Albert appeared to be in heart failure, it would allow us to see the size of Albert’s heart, and also to see his lungs. When the heart is struggling it sends off signals which can be detected in the blood. A blood test will then detect the number of these signals which in turn allows us to realise what stage of disease Albert is currently in.

Albert was admitted for the day for Radiographs and blood tests. 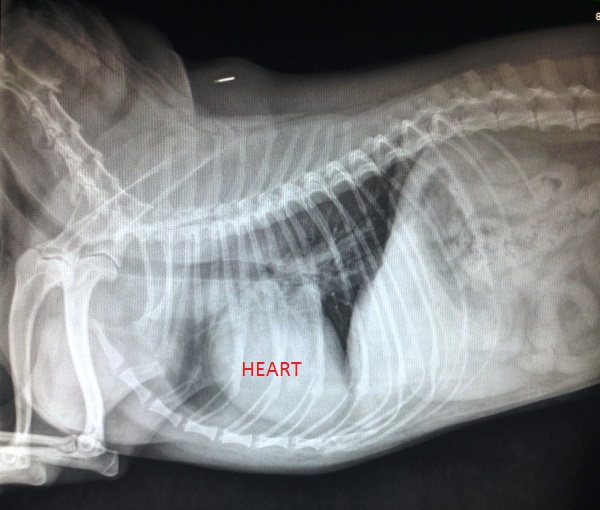 The radiographs showed a slightly enlarged heart with a bulge where one of the chambers of the heart was enlarged. The rest of the X-ray appeared to be normal. We were encouraged by these results as they meant that Albert was not in heart failure and although there were some changes to his heart, these were better than we expected. It takes a few days for blood results to come back- but after patiently waiting we were rewarded with positive results that again Albert’s heart was better than we expected.

Heart Disease is one of the most common problems affecting our canine and feline companions. Some dogs are at a higher risk than others for developing heart disease. These include; Cavalier King Charles Spaniels ( Mitral Valve Disease) and Dobermann ( Dilated Cardiomyopathy). Heart disease generally affects middle- older aged dogs.

Some of the most common signs to look out for in your own dog include:

·       Increased Rate of breathing – even when relaxed or resting

·       Exercise Intolerance- Not being able to exercise or play as they have previously.

During these investigations we had started Albert on medication for his heart.  Over the course of the month Albert has improved dramatically. Albert has stopped coughing and is now panting much less than before. Albert is has been happy running around and playing normally.

If you are worried that your pet is showing any of these signs please bring them down for a cardiac examination. 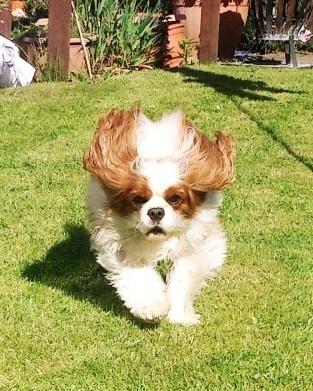